We are a group of students, educators and community organizers, who have connected to pursue a common passion. Over a morning coffee, we discovered that there are opportunities to be developed at the college/university level to engage students on pressing issues of structural injustice and the radical possibility of transformative social change. Our goal is to create a centre that can connect students with existing organizations or support individuals and groups in the process of pursuing their unique vision for a healthier world.

Let us introduce ourselves: 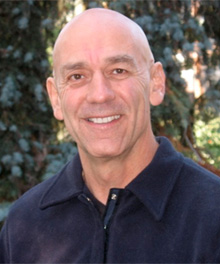 Arthur is a professor of justice studies at Humber College and founder of the multi-award winning organizations: The Gatehouse: a community-based agency supporting people affected by the trauma of child sexual abuse; Communities Advancing Valued Environments (CAVE),  and The Laser Eagle Program. He is a founding member the Youth Transformative Committee, as well as a founding member of the Transformative Social Committee. Arthur also co-founded the annual Transforming Trauma Into Triumph Conference (The Gatehouse).

Arthur has co-authored three books and co-produced three films in the field of education and social justice with a focus on personal, organizational and social transformation.

Arthur is the recipient of some awards for his work in social justice and education, including: 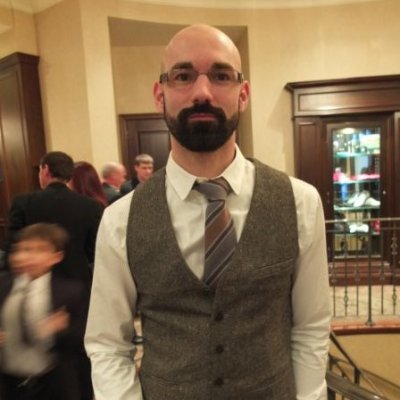 Aidan is a passionate co-creator of knowledge who engages learning spaces with a deep commitment to transformative and anti-oppressive pedagogies. A powerful focus on environmental and social justice informs both his life in academia and community-based activism. Every day he moves through the world trying to remain cognizant of his privilege in, and from, oppressive power structures and histories of domination. With that privilege comes the responsibility to disrupt, formally and informally, precisely those structures. Aidan has completed two MA’s. The first, in philosophy at York University. There, his research focused on the nature of the self, the function of accountability in criminal justice discourse, state complicity in criminogenic conditions, and restorative justice as a social movement. He has since coordinated research with participants and facilitators at the Gatehouse Toronto, on the nature and function of forgiveness in restorative justice. He completed a second MA in sociology at the University of Guelph where he explored the intersection of pop-culture representations and retributive ideology. He has presented this research at the International Crime, Media and Popular Culture Studies Conference at Indiana State University as well as the Creating Directions for Peace and Justice conference at Memorial University. He begins his Ph.D. this September and plans to continue his exploration at the nexus of pop-culture and the prison-industrial complex. 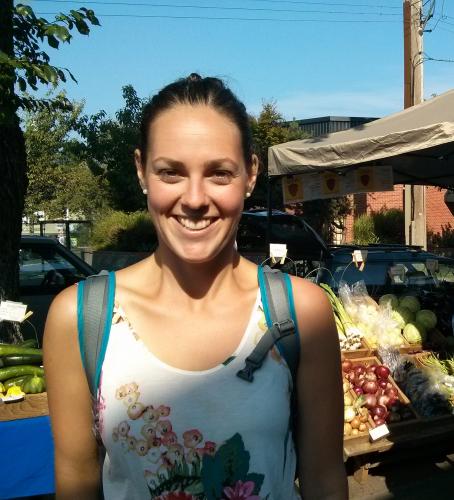 Sarah is a Ph.D. candidate in the Department of Geography at the University of Guelph where she studies the political ecology of food systems. Sarah is also a graduate of the University of Toronto and holds a Master’s Degree in Environmental Studies from York University. Early on in her undergraduate studies, Sarah developed a strong interest in environmental politics and issues of sovereignty and governance. Since that time she has done ongoing work in social and environmental justice and anti-oppression with numerous Toronto and Guelph-based collectives. Before completing her Master’s, Sarah worked as a project manager and activist in the fields of sustainable transportation, environmental justice, and community development. Sarah’s growing passion for climate justice specifically led her to focus her Master’s work on the political ecology of climate change vulnerability and governance through a case study of forest-carbon offsetting schemes in the Philippines. Through her combined love of gardening, food, ecology, and political economy, Sarah has directed her passion towards her Ph.D. where she is advocating the role that different food systems can play in both mitigating and reproducing social and environmental injustice. She holds a Vanier Canada Graduate Scholarship from the Social Science and Humanities Research Council of Canada. Sarah remains dedicated to connecting food studies with larger issues of oppression, ecological and social degradation, and climate change, and does so through her work with OPIRG (Ontario Public Interest Research Group)-Guelph, Fossil Free Guelph, and the Guelph Sustainable Food Systems Research Group. 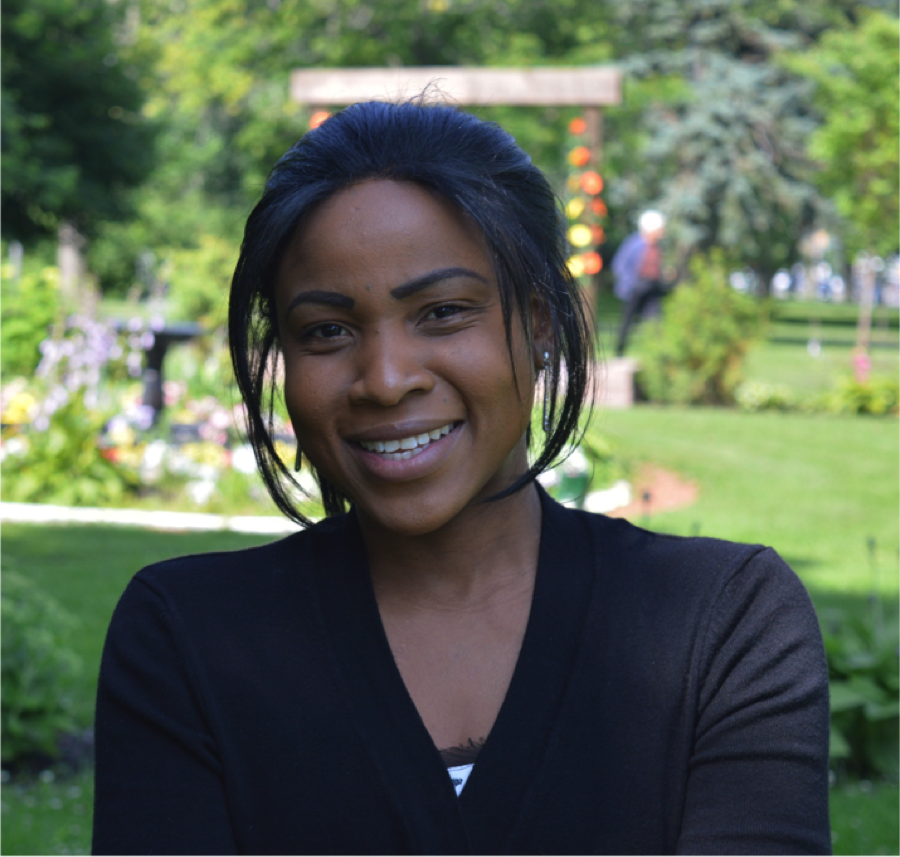 Andrine Johnson is a graduate of the Criminal Justice Degree program at Humber College School of Social and Community Services, where she is employed as the Placement Coordinator.  Also, she is a Counsellor in a youth correctional facility. Andrine has been the recipient of various awards including the Avery Dolly and Humber College President’s letter for highest GPA semester 7 & 8.  She is pursuing a Master’s Degree in Criminal Justice through The University of Niagara. Andrine is passionate about transformative community justice. As a humanitarian, she believes in social change and the importance of community involvement, as well as giving voice to those less fortunate. Andrine inspires students and marginalized youth to engage in community capacity building through volunteerism, engagement, empowerment and self-reflection. She is the mother of two beautiful children, Jinae and Kai, who inspire her to see the world as one of determination to succeed, share and collaborate. 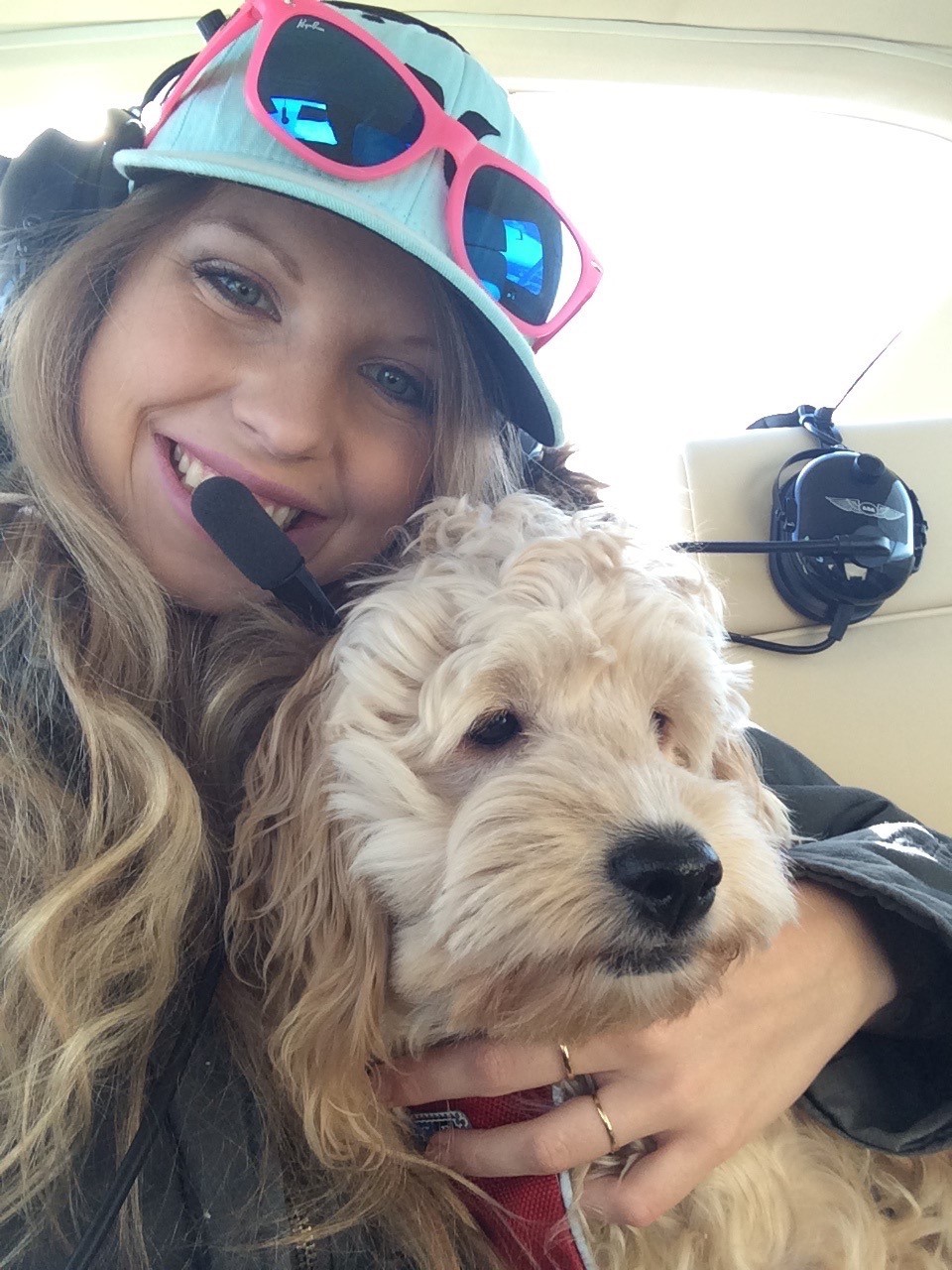 Heidi Sasek is a University of Guelph graduate with a Bachelor of Arts and Science degree. Her areas of study include psychology and biology. Following her passion, Heidi completed her fourth-year honors research in 2015 that examined the impact of nutrition on mental health with a specific emphasis on Depression, Schizophrenia, and Alzheimer’s Disease. Since graduating Heidi has worked on a number of research initiatives in areas including, youth mental health in Toronto, community partnerships, links between mental health and diet, and an analysis of youth mental health services. This past year Heidi attended Humber College in the Addictions and Mental Health postgraduate program, where she completed classes on topics such as counseling, trauma-informed practice, ethics, capacity building, motivational interviewing, and community services.

Heidi’s desire to see change happen with regards to the marginalization and discrimination of people who experience a mental health or addictions challenge led her to the Gatehouse where she worked on the Centre and symposium for Transformative Social Change. Heidi works from an anti-oppression model, always putting the client at its center; she is currently an intake counselor at Homewood Health. 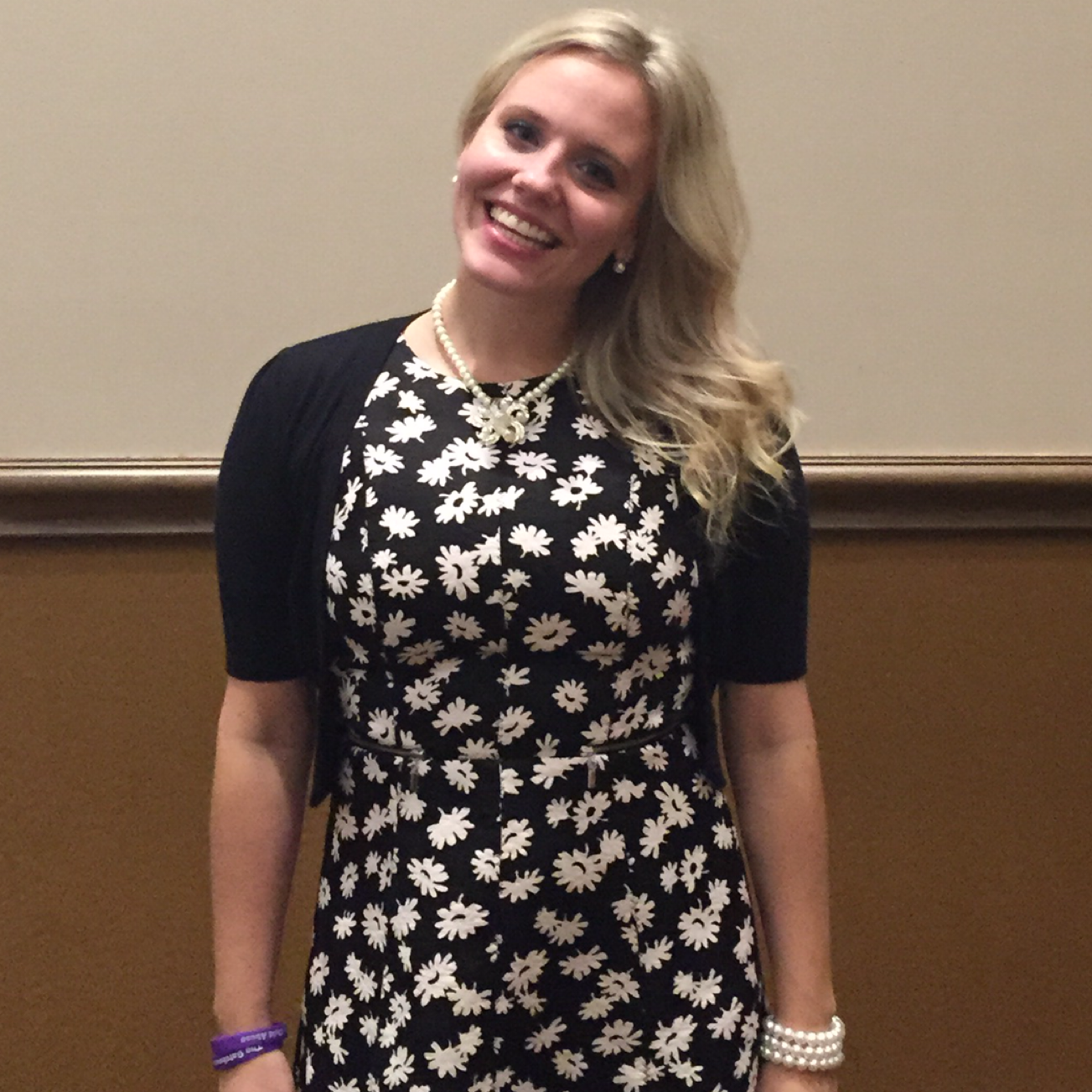 Diane is an alumnus of the Humber BAA Criminal Justice program and has been a volunteer at the Gatehouse for the past three years. Diane provides individual and group peer support for people who survived childhood sexual abuse. Diane has been a part of the planning committee for the Centre for Transformative Social Change since September 2015. Her future career is undecided, but she knows it involves helping people, especially those who have been affected by the criminal justice system. When asked about what social change means to her, she said: “When I think of transformative social change I think of a group of awesome people coming together and acting towards making the world a better place.” 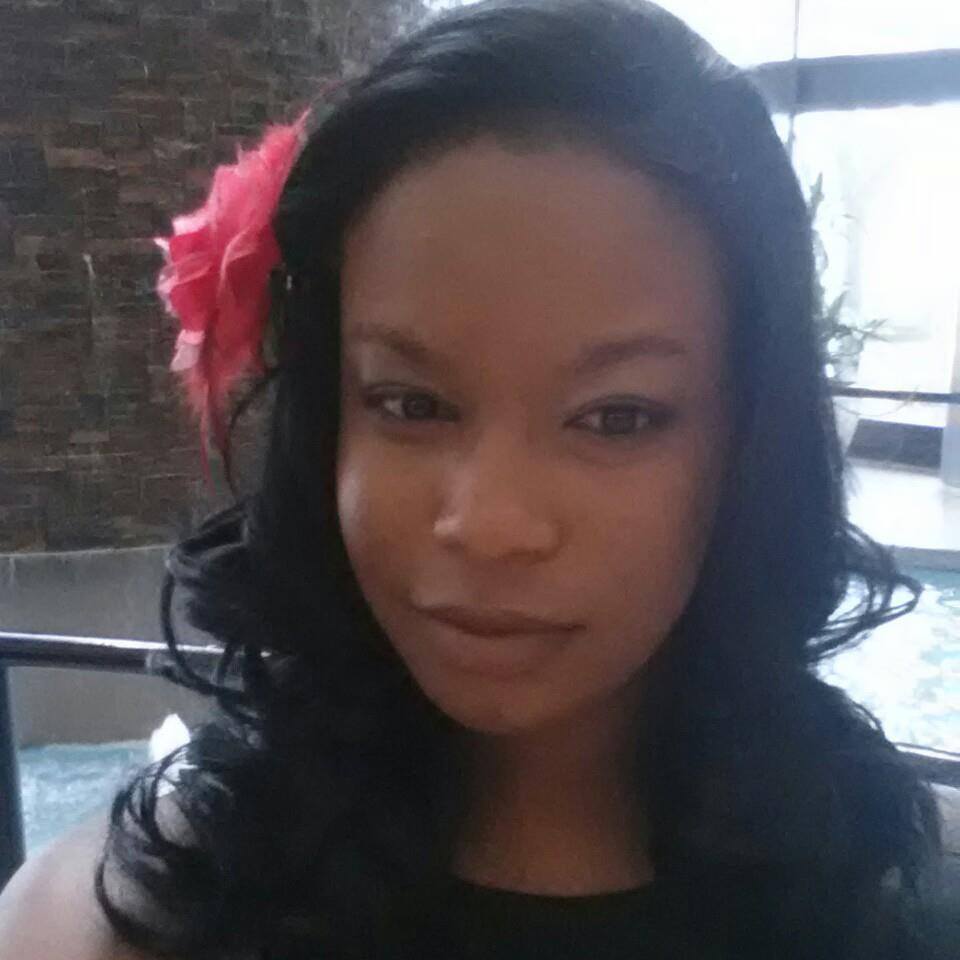 Skyler Davis is currently working to complete her BAA Degree in Criminal Justice at Humber College School of Social and Community Services. She had completed her Diploma in Community and Justice Services with honors, in 2014, as well as been awarded the Presidents Letter from Humber College for her academic achievement. Skyler has been a volunteer with the Gatehouse for three years, and she believes that the greatest most rewarding thing in life is to be present with and helping another human being who may be struggling. Skyler has a passion for different approaches to education and has an introspective approach to life in general. Skyler is an avid fan of Japanese animation and a lover of cute things. She is a determined, self-taught crafter, who enjoys crocheting and a good read. Skyler has been a part of the center for transformative social change since its inception in September 2015. 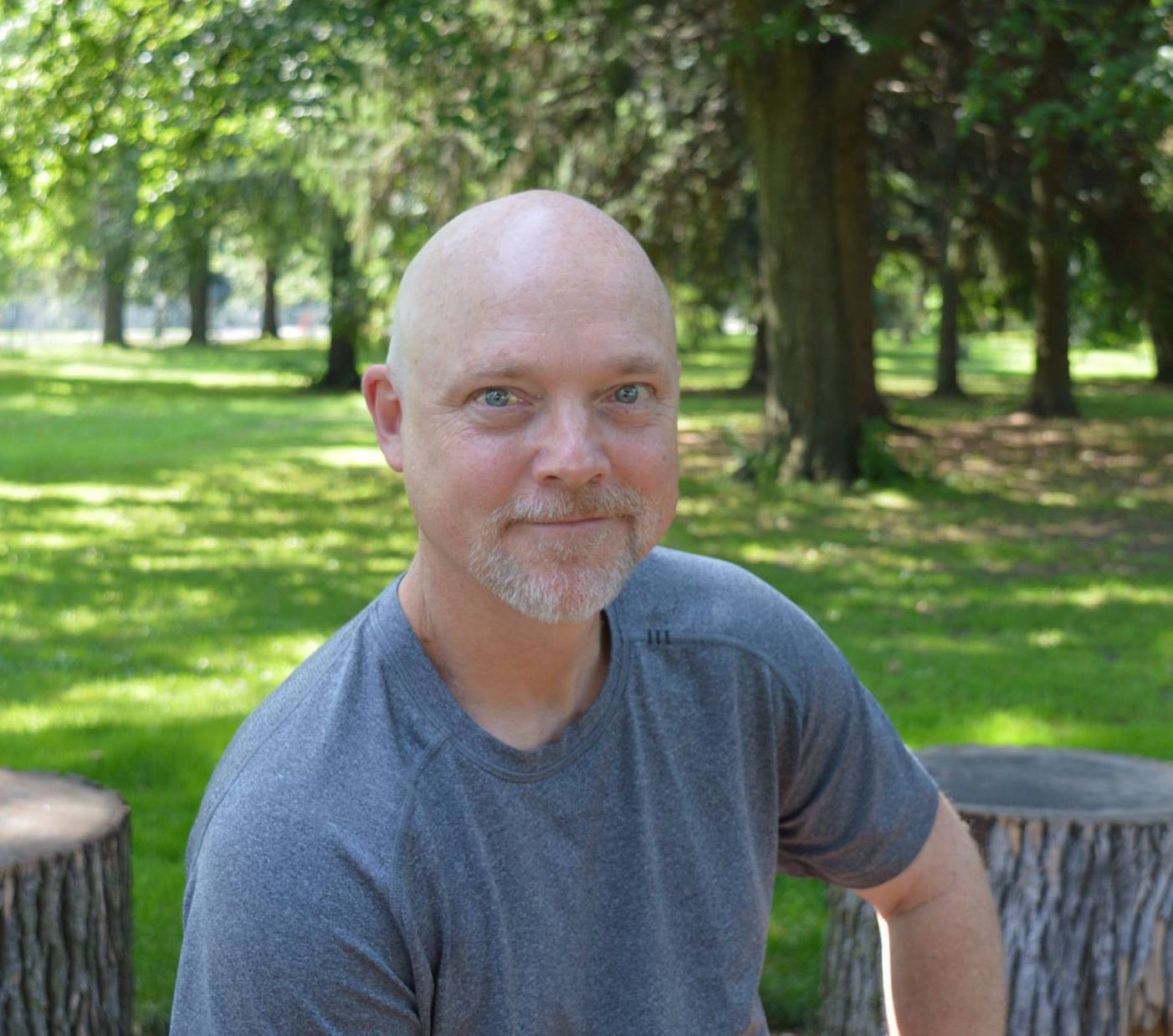 Brad Hutchinson is a dynamic community leader, with a notable track record of more than 15 years of hands-on management experience including planning, business development, and project management. And one who has, over the past eight years, continuously engaged in exploring and implementing innovative community-based initiatives. Brad is involved in the creation of an initiative that addresses the issue of transforming school culture based on principles and practices of Transformative Justice and Community Capacity Building. He is an avid volunteer, currently active as the Chair of the Mississauga Library Board of Directors, Special Friend for Peel Children’s Aid, Foster Parent for the Puppy Program for Dog Guides Canada, as well as offering various self-esteem raising workshops for Big Brothers/Sisters, Learning Disabilities Association of Peel, Elizabeth Fry, and Peel Children’s Aid. He is a black sash Shaolin kung fu instructor and the author of three books. His chapter book The Eye of the Storm is being used by educators in the Ontario school system. 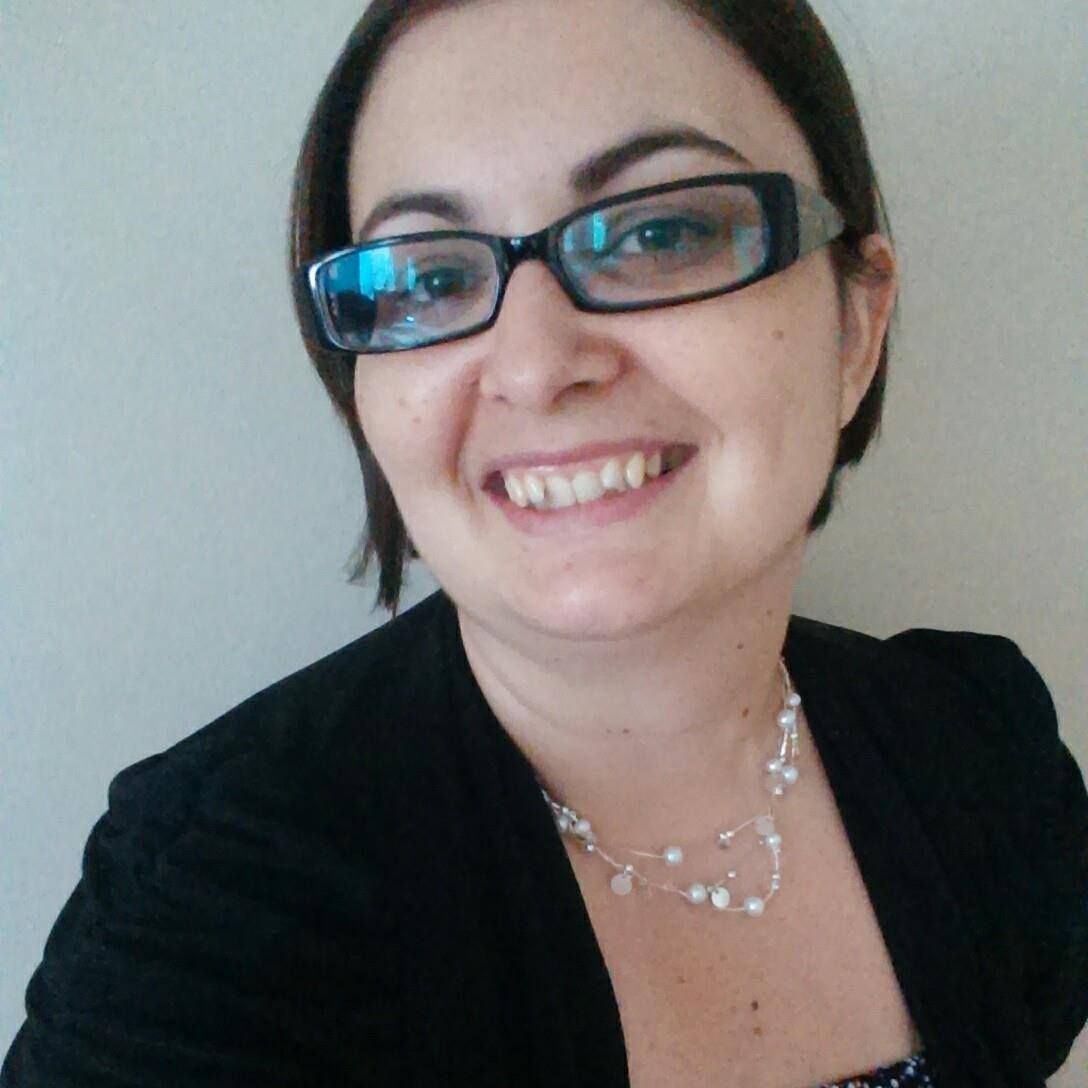 As The Executive Director at The Gatehouse, a non-profit community-based agency in Toronto, Maria believes wholeheartedly in community engagement and the importance of community-based responses to underlying social issues. She motivates, acknowledges and empowers students, volunteers and staff to be part of the change they want to see in the world. An avid believer in the principles of transformative community justice, she values building safer communities through collaborative knowledge sharing, idea and process formulation, and implementation. Maria is a graduate of George Brown College’s HR Management Diploma Program. Currently, she is completing her BAA in Justice Studies at the University of Guelph-Humber. 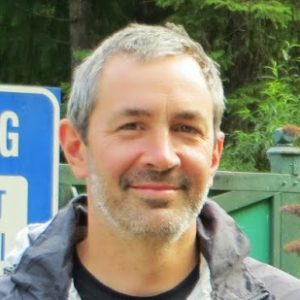 Jeff was a computer engineer briefly, then a teacher of math, physics, computer science and communications technology longingly. Since 1999 he has supported a variety of areas at the district level as instructional program leader including assessment, e-Learning, mathematics, technology in the classroom. He is currently supporting applied learning, with a passion for social-emotional learning and mindfulness, in the Halton District School Board. 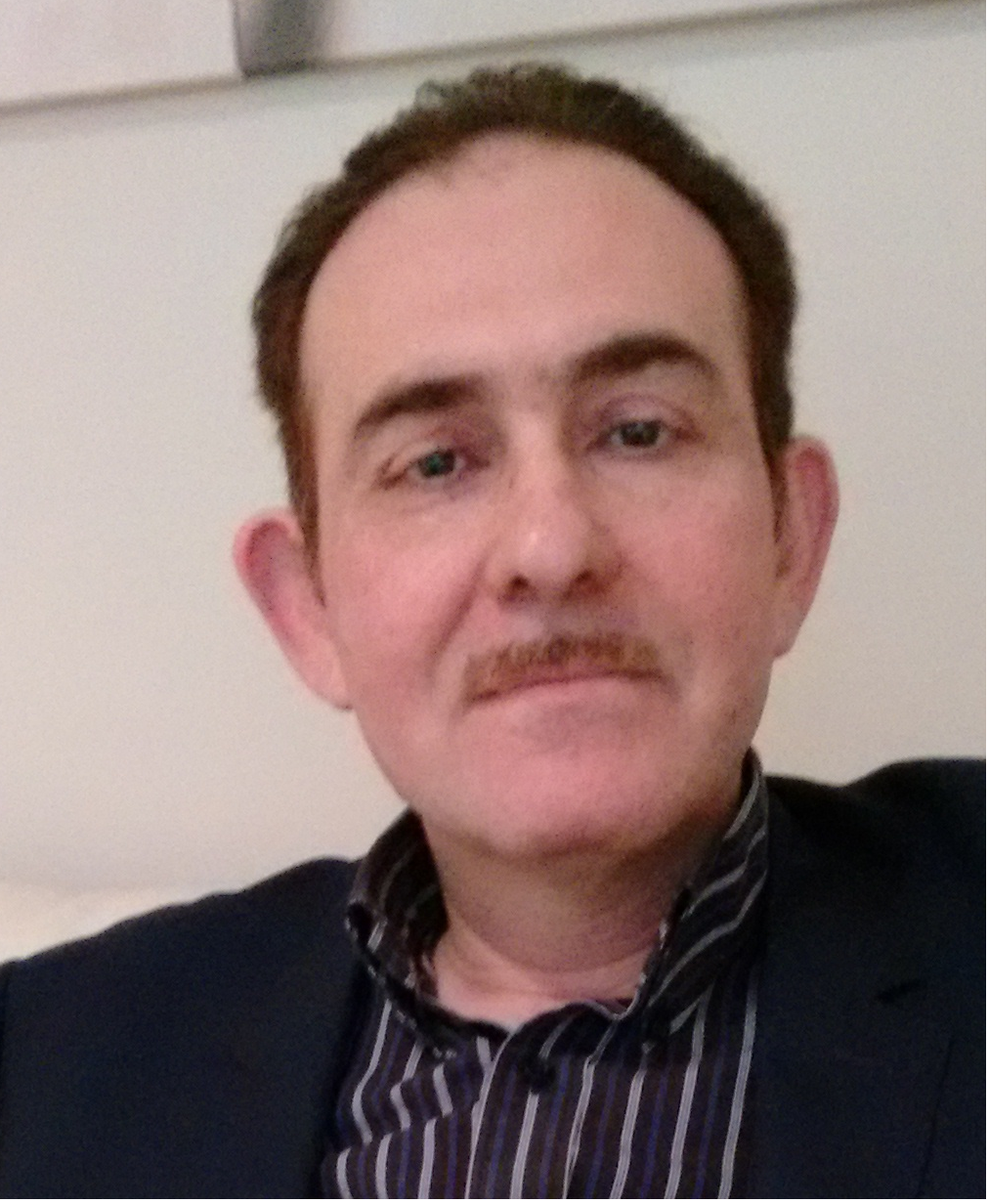 Dr. Saeid is leading our research students! Aqeel is working on developing quantitative and qualitative measurement tools to evaluate and measure the outcomes of the main activates and services delivered by the Centre for Transformative Social Change.

Aqeel is a full-time professor at Humber Institute of Technology and Advanced Learning in the Criminal Justice Degree Program.  He also worked as a researcher in several academic institutions including University of Toronto and Wilfred Laurier University. He served as the president of the United Nations Association –Toronto Region Branch from 2008-2010. Aqeel is very involved in community-based work through his capacity as a former board member of the Children’s Aid Society of Toronto (CAST), and a member of the New Horizons: Healing and Hope Coalition (NHHHC). He facilitates healing sessions for children, youth, and families traumatized by war and immigration for several communities in the GTA as one of his roles in the NHHHC. Aqeel holds a Ph.D. in Sociology, a Master degree in sociology and another one in Criminology.

Aqeel looks at the CTSC as a multi-disciplinary approach that focuses on facilitating student/citizen engagement in the area of social innovation by sharing knowledge and expertise around transformative social change. It is a philosophical approach that increases awareness about societal collective conscience and individual mindfulness around social change.